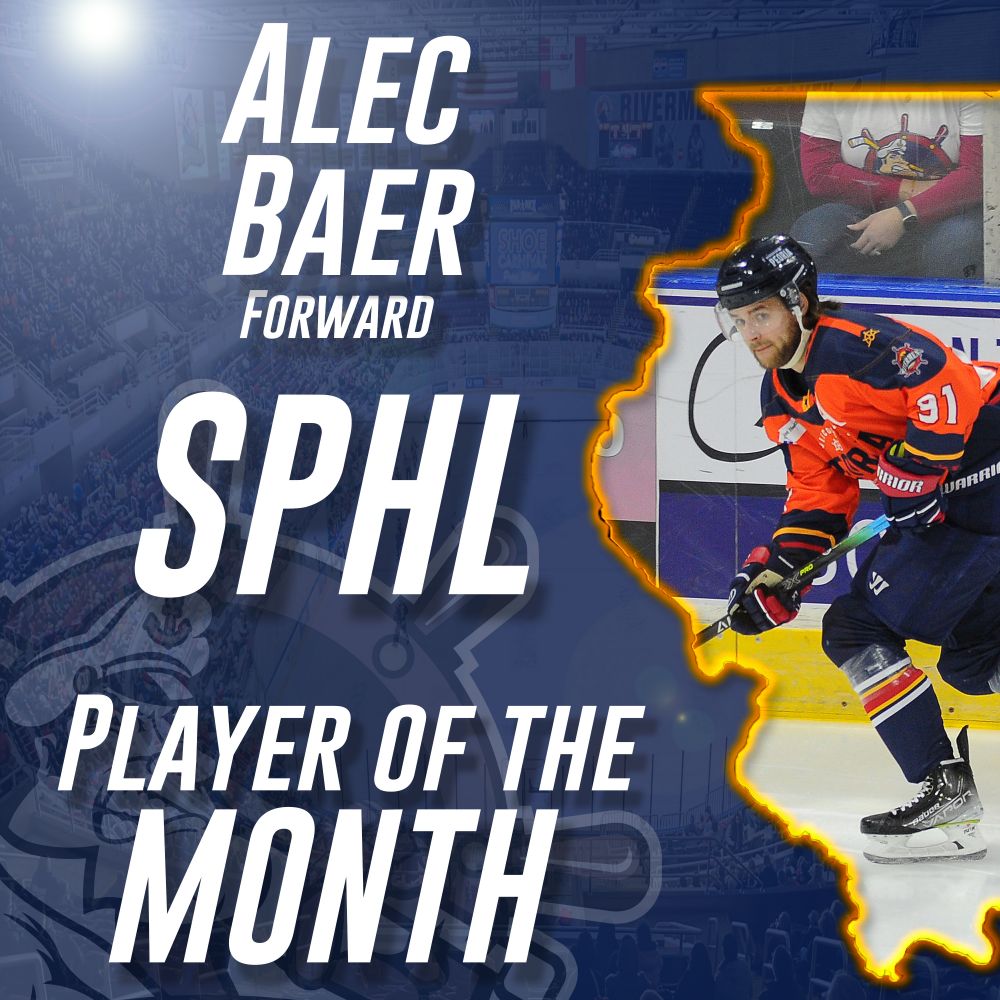 PEORIA, IL – Fresh off of earning the Kevin Swider Leading Scorer Award, Alec Baer has been named the Warrior Hockey/ SPHL Player of the Month for March/April.

In his final 14 games of the regular season, Baer accumulated 28 points (8 goals, 20 assists) and averaged two points per game. This included his first hat-trick of the season coming on March 27 against Quad City. That contest was also Baer’s second five-point night in the month of March. In the final month and a half of the season, Baer was held off of the scoresheet just twice.

This is Baer’s first Warrior Hockey/SPHL Player of the Month honor this season. He joins Rivermen teammates Eric Levine and Alec Hagaman in being named SPHL Player of the Month. Baer and the Rivermen are currently in Birmingham, Alabama as they get set to face the Pensacola Ice Flyers in the first round of the SPHL playoffs. Face-off for game one is set for 7:00 pm with game two at Carver Arena on Friday set for a 7:15 puck drop.