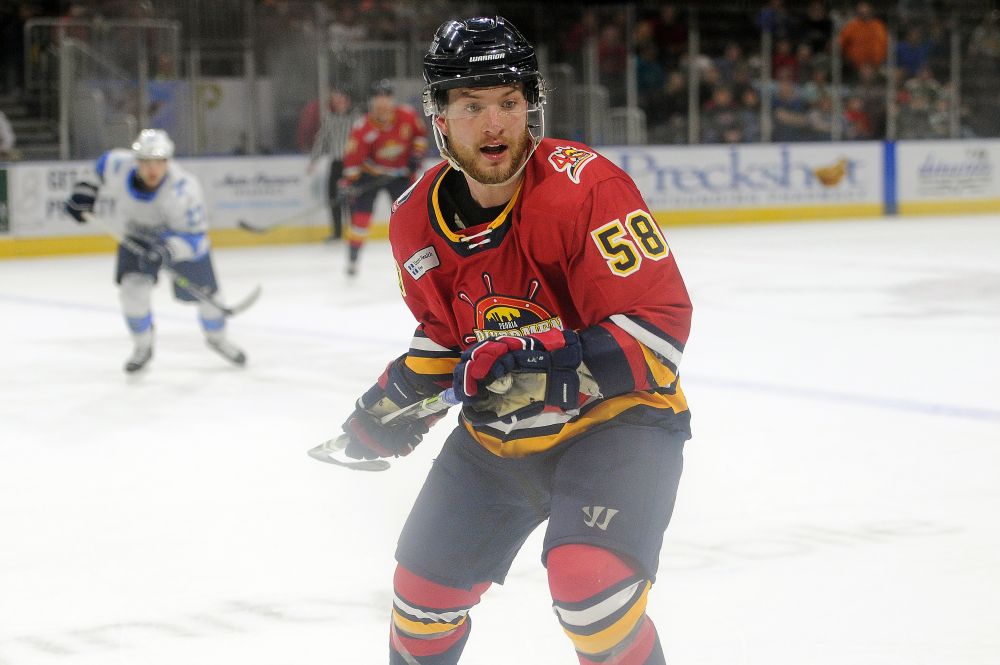 PEORIA, IL –  The Southern Professional Hockey League announced today that Marcel Godbout has been named this year’s rookie of the year.

Godbout, a native of Center Line, Michigan, played in 50 of Peoria’s 56 games during the regular season. After being acquired by Peoria from Vermilion County Godbout burst onto the scene with 33 goals and 28 assists. His 61 points were the most among all rookies and his 33 goals were the most among any player in the SPHL this season.

In addition, Godbout’s 33 goals marked the most goals scored by a Rivermen in a single season during the SPHL era. Godbout had three hat tricks on the season and eight multi-goal games during the regular season.

Godbout and the Rivermen are currently in the second round of the SPHL Playoffs.  After eliminating Pensacola, they will face the Quad City Storm for a best-of-three series. The Rivermen will be on the road on Wednesday for game one with games two and three at home at Carver Arena on Friday and Saturday, April 22 and 23.

Playoff tickets are available now, call the Rivermen office at 309-676-1040 or visit www.rivermen.net to secure your playoff seats!