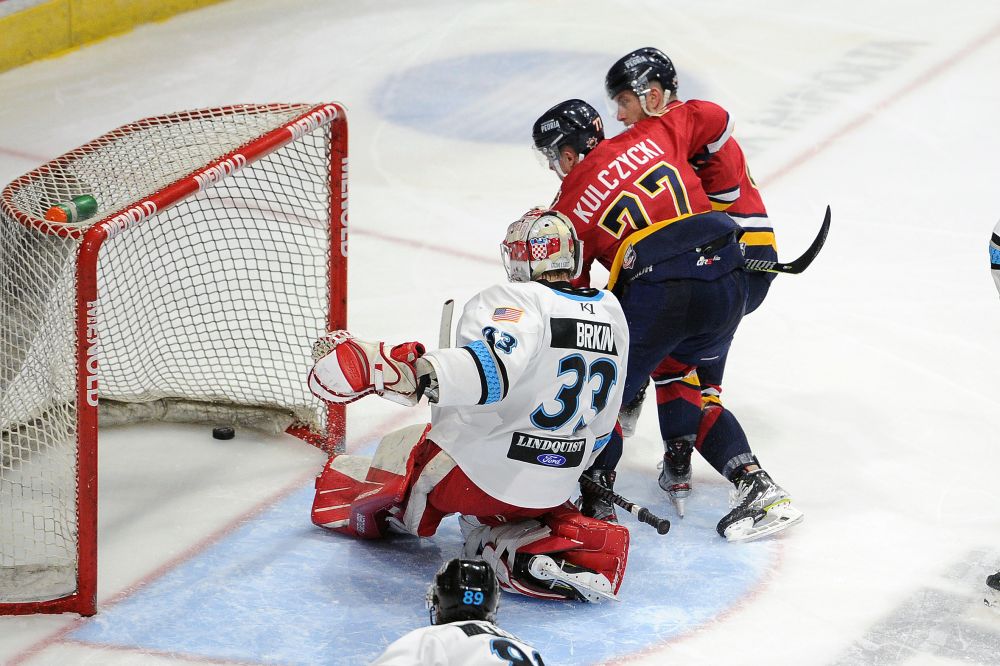 PEORIA, IL –  Before Sunday afternoon, the Rivermen had won 15 straight contests at Carver Arena, and in their last nine they had scored four goals or more. But the offense was held in check as the Rivermen fell to the Quad City Storm 3-2 in regulation.

Peoria was able to get the first goal of the game as JM Piotrowski took the puck while on the power play, skated to the high slot, and fired a quick wrist-shot in past Quad City netminder Bailey Brkin. Piotrowski’s second goal in as many nights put the Rivermen up 1-0, but the Storm were able to answer back in the last two minutes of the period after taking advantage of a Peoria miscommunication behind their net.

The second period saw more back-and-forth action, but Quad City was able to capitalize on their second power-play of the game to take a 2-1 lead.

The third period saw the Rivermen come out with intensity and it was rewarded. Kasey Kulczycki scored off of a rebound as he was crashing the net to tie the game at 2-2. It marked his second goal in as many games with the Rivermen. But just six minutes later the Storm tied it up from a quick shot in the slot to put them back on top 3-2. That goal seemed to deflate Peoria as they were unable to muster a second response and fell at home for just the fourth time this season 3-2 to Quad City.

The Rivermen will look forward to their final home game of the regular season next Friday night against the Storm before traveling to Danville, Illinois for their regular-season finale on Saturday, April 9.