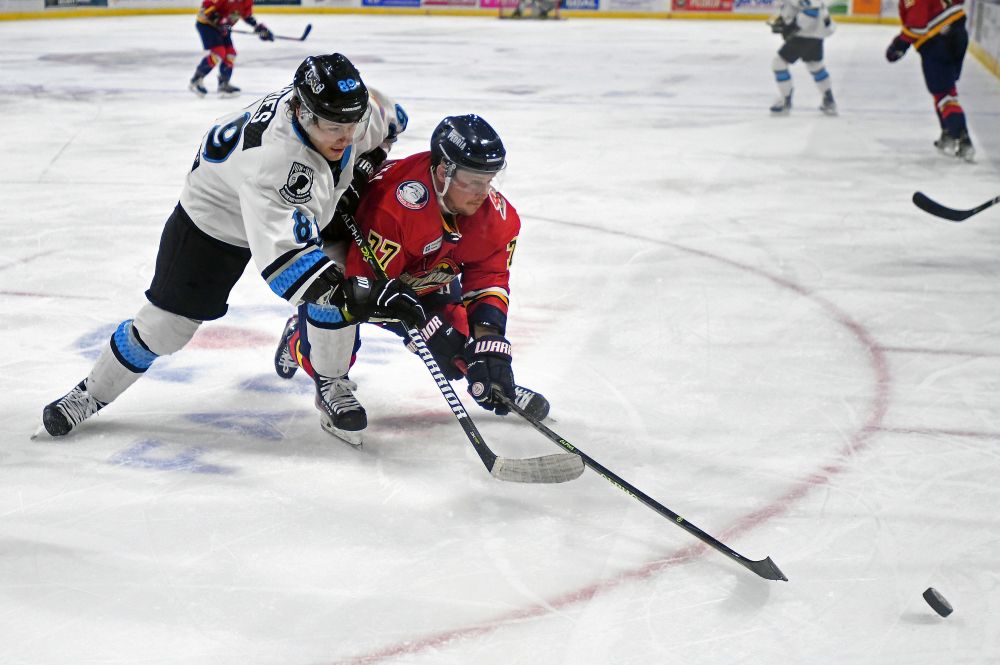 PEORIA, IL –  Quad City paid the Rivermen back for spoiling their final home game of the regular season. Though the loss was not as sudden or devastating as Alec Baer’s walk-off overtime winner back in Moline, the loss was no less painful. Peoria fell to the Quad City Storm by a score of 5-1 on Friday night at Carver Arena.

The opening half of the first period saw the Rivermen on the back foot as they surrendered the first goal of the game just over two minutes into the contest. Peoria had difficulty sustaining an offensive forecheck, but two key penalty kills started to turn the tide and the Rivermen finally broke through. While on the power-play, Peoria's Marcel Godbout took a short-angle shot from below the goal line. The quick wrister found its way into the back of the net to tie the game late in the first period.

Despite the momentum, the Rivermen did not carry it into the second period as Peoria surrendered three unanswered goals to the Quad City Storm to trail 4-1 after 40 minutes of play.

The third period saw more fights than goals as the Rivermen, despite out-shooting the Storm, fell 5-1 by the end of regulation. The loss marked their second straight regulation loss at home for the first time since 2017. Peoria will have little time to lick their wounds as they travel to Vermilion County to close their regular-season schedule against the Bobcats.