Rivemren Let Down vs Quad City 4-1 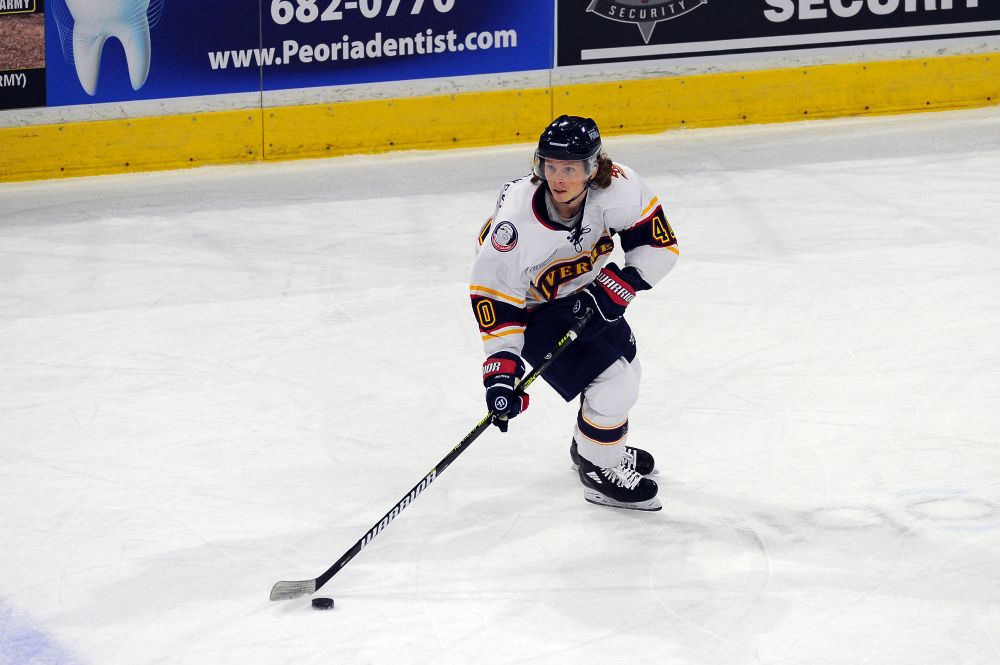 MOLINE, IL –  In a stark reversal, the Rivermen were dominated by the Quad City Storm on the road as the Storm defeated Peoria 4-1 at the TaxSlayer Center on Wednesday night.

The Storm started out early with the scoring, netting the first goal just over two minutes in to take a 1-0 lead. This lead was extended late in the first period to give Quad City a 2-0 lead. The best Rivermen chance of the frame came on the power play, but a desperation save by Quad City goaltender Bailey Brkin held Peoria off the board.

The second period started much in the same way as the first as a lost board battle turned into a goal against the Rivermen. The only bright spot for Peoria came in the final minute as Marcel Godbout made a skilled play to circle the perimeter on a four-on-four in the offensive zone. Seeing a lane open up to the right side, Godbout skated forward and fired a shot into the top shelf to put the Rivermen on the scoreboard.

Trailing 3-1, the first five minutes of the third period were in Peoria’s favor. They moved the puck well, got scoring chances, and even had a power play. But then three unanswered penalties disrupted any comeback attempt. An empty-net goal in the final two minutes of the game sealed it for the Storm as they skated to a 4-1 victory in the first-ever post-season meeting between the Rivermen and Quad City.

The loss puts the Rivermen facing elimination as they head back to Peoria for game two against the Storm on home ice. Face-off for Friday’s critical game will be at 7:15 pm at Carver Arena.