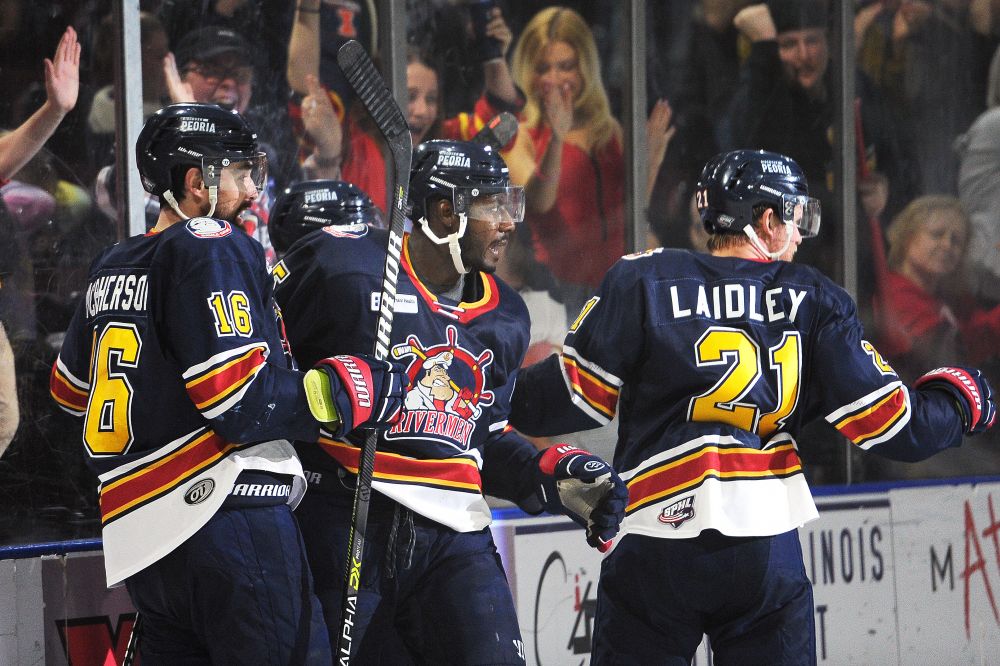 Despite a few good shifts in the first few minutes, a disallowed goal deflated the Rivermen and allowed the Rail Yard Dawgs to take over the period. They were able to find the first goal of the game on a back-door play to take a 1-0 lead into the second period.

The Dawgs kept the momentum going into the second period as they extended their lead to a 2-0 tally off a deflected shot. But then the Rivermen got a power play. The advantage saw Mitch McPherson able to bury a rebound in front of the net to pull the Rivermen within one. A late power play by Peoria saw the Rivermen tie the game off of a quick shot from the right-wing side that might have been deflected. The shot came off the stick of Brandon Rumble and his goal was critical as the Rivermen were able to tie the game going into the third period.

For the second consecutive post-season game the Rivermen were forced to hold the line in the third period. A short-angle shot by Lord-Anthony Grissom found the back of the net to put the Rivermen up 3-2. After that, the Dawgs laid siege to Jack Berry and the Rivermen defense, aided by a few power plays late. But the former Wisconsin Badger game the Roanoke nothing and made several spectacular saves in tight up until the final horn.

With the victory, the Rivermen took the first game of this best-of-five President’s Cup Finals. History is now on the Rivermen’s side as the team that has won game one has clinched the President’s Cup in each of the last 16 SPHL finals. The Rivermen will look to take a two-games to none lead on Friday night at Carver Arena, puck drop is set for 7:15 pm.