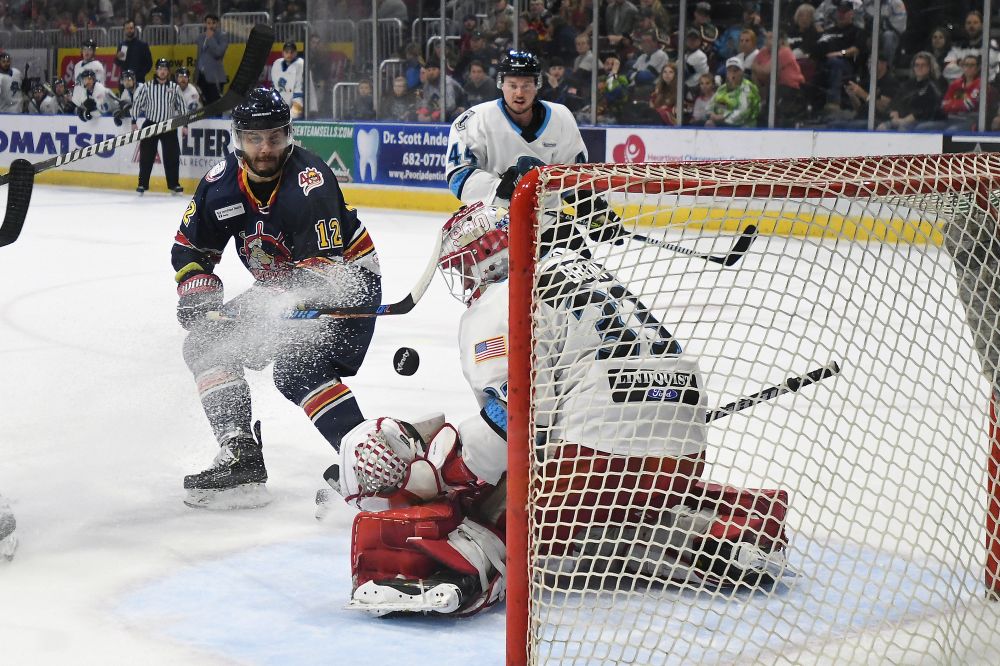 PEORIA, IL –  Unlike Wednesday night, the Peoria Rivermen put forward a play-off effort and were rewarded. Peoria defeated Quad City 5-1 on Friday night to even the semi-final series at one game apiece and forced a decisive game three on Saturday.

The first period saw the intensity dialed up to eleven as the Rivermen came out as a completely different team as opposed to Wednesday night. They continued to get chances and successfully stuffed the Storm who failed to establish any real offensive fore-check. Peoria got on the board first off a short-angle shot from Marcel Godbout from below the goal-line on the right wing side. Godbout’s second goal in two games put Peoria up 1-0 after 20 minutes for the first time in this series.

The Rivermen took that momentum into the second period as Alec Hagaman made a great play to shield the puck in the left-hand corner. He swung a pass to Zach Wilkie in the slot who back-handed the puck into the back of the net to put Peoria up 2-0. The Rivermen lead extended on the power play as Alec Baer was able to find the net off a quick shot in the slot to extend the Rivermen lead to 3-0. Though Quad City was able to answer on a net-mouth scramble, they ended up trailing Peoria 3-1 after the second period.

That third period was owned by Peoria, they netted a power-play goal thanks to Godbout on a one-timer and an long empty-netter from Lord-Anthony Grissom to seal the 5-1 victory. With the win, the Rivermen force a decisive game five on home ice tomorrow night against the Storm. Face-off on Saturday will be set for 7:15 pm at Carver Arena.