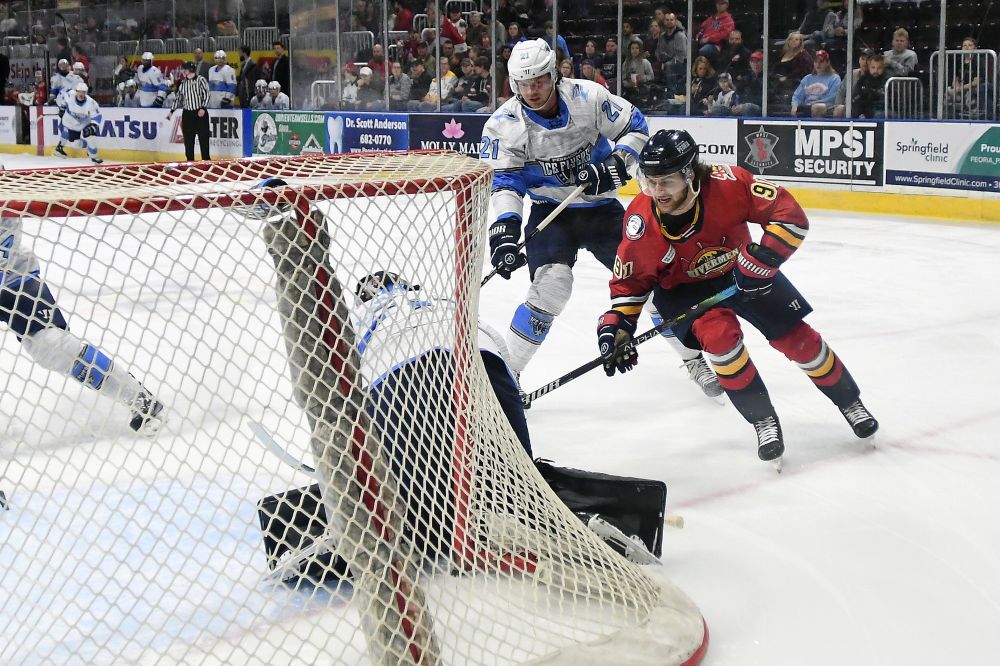 PEORIA, IL –  An Alec Baer hat-trick was not enough for Peoria as Pensacola rode to victory on the strength of four power-play goals to take game two of the three-game series by a final score of 6-4 on Friday night at Carver Arena.

Alec Baer got the scoring started less than a minute in as he capitalized on a rebound in front to Put Peoria up 1-0. He followed that up a few minutes later with a quick release from the high slot to extend the lead to 2-0. However, Pensacola rallied with two unanswered goals to tie the game 2-2 in the late stages of the second period.

Despite the rivermen getting all kinds of chances on the power play, they were unable to find the back of the net in the second period. Instead, it was Pensacola who capitalized on a late power play to take their first lead of the series 3-2 going into the third period.

That third period saw Pensacola take a 4-2 lead off of another power-play goal that prompted a goaltender change from Peoria. The Rivermen rallied back with Alec Baer’s third goal in the game and JM Piotrowski’s first of the post-season on the power play to tie the game at 4-4. But a too-many-men on the ice penalty for Peoria and a late power-play goal for Pensacola doomed the Rivermen to defeat.

The series will now be decided in game three at Carver Arena on Saturday, April 16, at 7:15 pm.