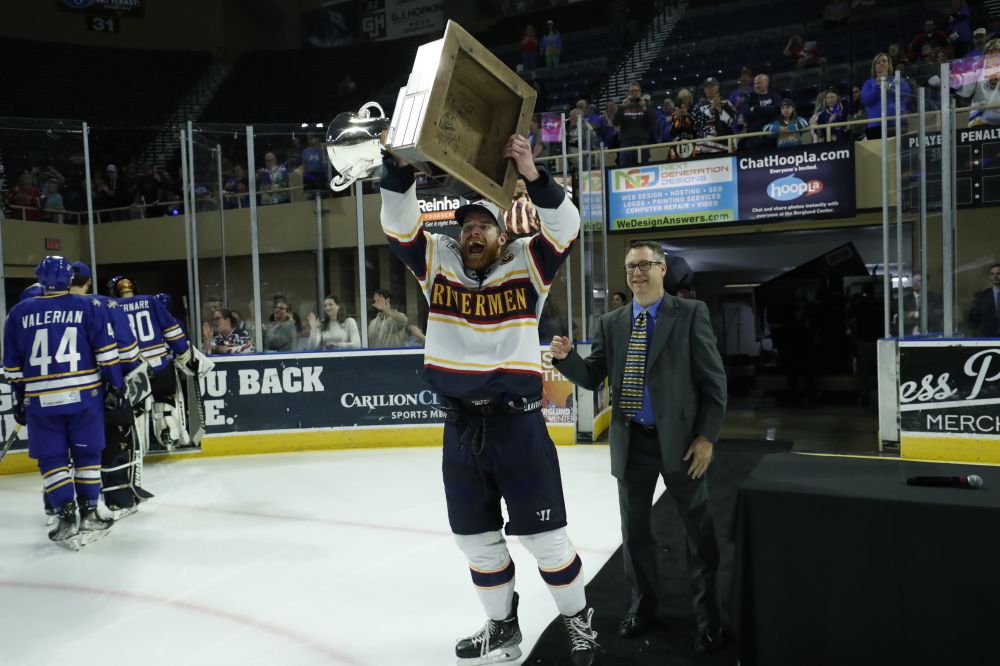 PEORIA, IL –  The City of Peoria and the Peoria Civic Center will join the Southern Professional Hockey League champion Peoria Rivermen this Friday afternoon in celebration of their recent President’s Cup championship.

The celebration will start with a fire-truck parade at 4:00 pm, starting at the riverfront and continuing through downtown (exact parade map to be released on Thursday). The parade will end at the Peoria Civic Center, where there will be a celebration for fans, free of charge, starting at 5:15 pm (doors will open at 4:15 pm).

We are encouraging all businesses in the downtown area to join in saluting the champion Rivermen as they welcome the President’s Cup to the River City.

The celebration will feature remarks by Peoria Mayor Rita Ali with Peoria native and Rivermen captain Alec Hagaman presenting the President’s Cup to the fans. This will be followed by an introduction of Rivermen players, coaches, staff and Rocky the mascot.

Following the ceremony, players, coaches and staff will be on the Carver Arena concourse for autographs, photos and an opportunity for fans to have their picture taken with the President’s Cup. Championship merchandise will be available including t-shirts, hats, pucks and championship on-ice photos (all items subject to product delivery). All merchandise items can be ordered online at www.rivermenteamstore.com

Concession areas will also be open to the general public.