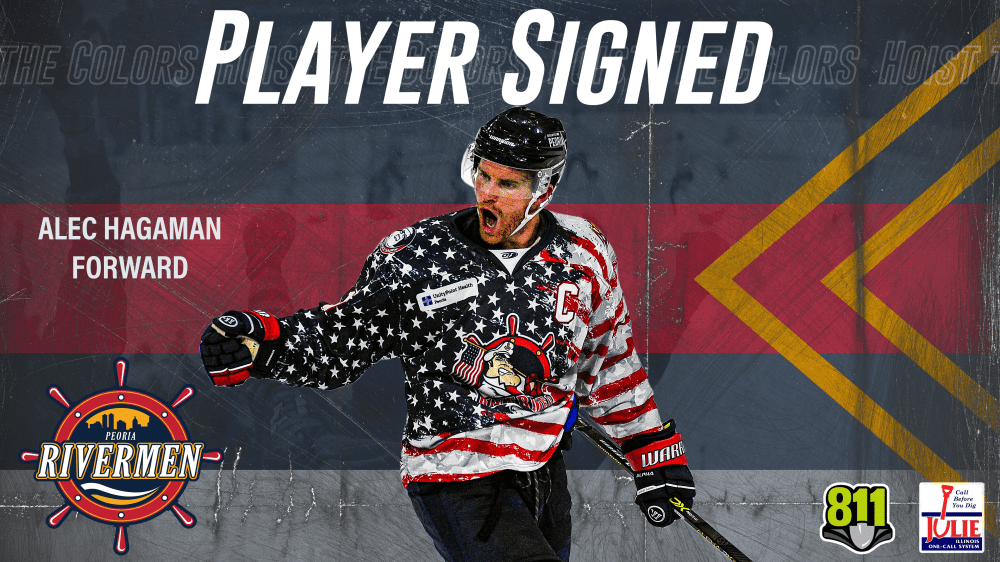 PEORIA, IL – The Peoria Rivermen announced on Tuesday that they have signed their first player ahead of the 2022-23 season. Alec Hagaman returns for his ninth professional season and eighth in a Rivermen uniform.

A native of Peoria, Illinois, Hagaman is a two-time President’s Cup Champion, having hoisted the cup with both the Rivermen and the Pensacola Ice Flyers in 2022 and 2021 respectively. During this past season, Hagaman netted 28 goals and 43 assists, which ranked in the top five in overall SPHL scoring. In the post-season Hagaman was a crucial part of Peoria’s championship run, netting three goals and adding seven assists for 10 post-season points.

In addition, Hagaman ranks 6th in all-time SPHL scoring with 343 points and is currently just one of three American-born players in SPHL history to eclipse 300 career points. Hagaman has worn a letter for the past three seasons, dating back to the 2019-20 season when he was named team captain by Rivermen head coach Jean-Guy Trudel. This season will be Hagaman’s third wearing the “C” for the Peoria Rivermen.