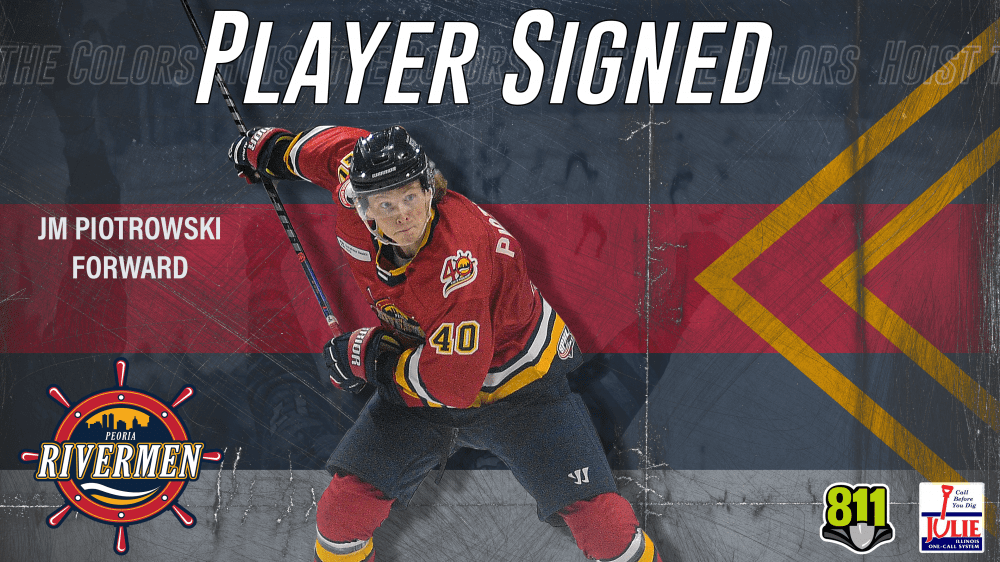 PEORIA, IL – The Peoria Rivermen announced on Monday that they have signed their third player, and second forward, ahead of the 2022-23 season. JM Piotrowski has signed with the Rivermen and will return for his second consecutive season in Peoria.

A native of Dallas, Texas, Piotrowski netted 22 goals and 26 assists for 48 points in 55 regular season games played. He was a standout forward for Peoria and one of several break-out stars for the Rivermen. Though he had a knack for clutch goals last season his most famous one came in game four of the President’s Cup Finals. Just 66 seconds into overtime, Piotrowski deflected a shot from the left boards and into the net to secure Peoria’s first President’s Cup Championship and first post-season title since 2001. Over the course of the playoffs, Piotrowski was responsible for four goals and seven assists (11 points) in 10 games played.

A product of Yale University, Piotrowski boasts professional experience in both the ECHL (with the Orlando Solar Bears) and the SPHL (Birmingham and Huntsville). The 2022-23 season will be Piotrowski’s fourth in the Southern Professional Hockey League.