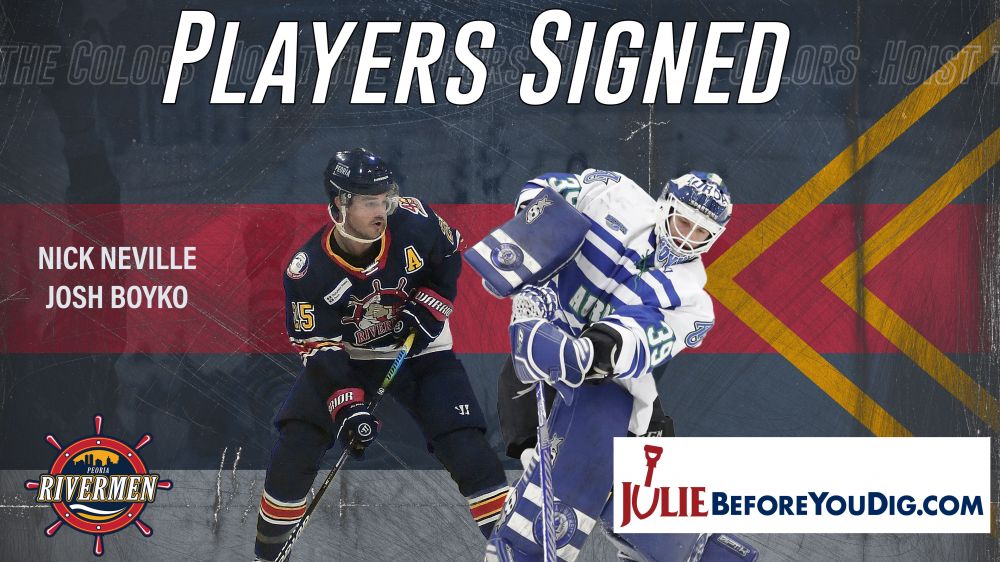 PEORIA, IL – The Rivermen announced on Thursday the return of a staple from last year’s defensive corps. Defenseman Nick Neville has signed with the Rivermen for the 2022-23 season, marking a huge addition to the Rivermen blue line. Peoria has also signed their second goaltender in rookie Josh Boyko.

Neville, a native of Bloomfield Hills, Michigan is a long-time veteran of the Rivermen program which includes five years of his professional career, including last season’s 2022 President’s Cup championship team. Last season Neville was a rock for the Rivermen defensive corps, ranking in the top three in SPHL plus/minus. Last season also marked his second straight President’s Cup after winning the championship with Pensacola in 2021. Outside of the SPHL, Neville has had ECHL experience with the South Carolina Stingrays and the Reading Royals. Before launching his professional hockey career Neville played for three years with the University of Denver Pioneers, playing Division I college hockey in Colorado.

An additional newcomer to the Rivermen program is goaltender Josh Boyko. A native of Mississauga, Ontario, Canada. Boyko played five seasons with Aurora University (NCAA-Division III) during his collegiate career. A teammate of former Rivermen Lord-Anthony Grissom, Boyko boasted an overall .906 save percentage and 2.85 goals-against average over his five seasons. While his overall college record was 47-45-9, his last three seasons were his best with a 32-22-7 record from 2019-2022. In addition, Boyko boasted a better than a .900 save percentage in his last three years with Aurora. Boyko played his junior hockey in the North American Hockey League with the Brookings Blizzard.