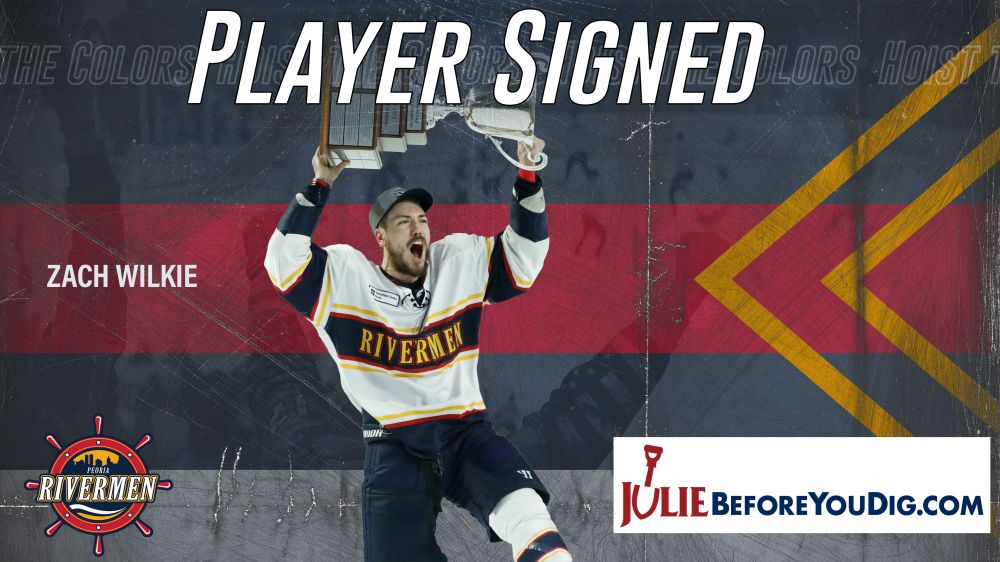 PEORIA, IL – The Rivermen announced on Monday that defenseman Zach Wilkie has returned to Peoria and has signed with the Rivermen ahead of the 2022-23 season. He is the 12th veteran from last year’s President’s Cup championship squad to return.

A native of Villa Park, Illinois, Wilkie played in 50 regular season games for the Rivermen and was one of the most improved and versatile players for the Peoria defensive corps. His confident and high-intensity playing style, on both offense and defense, contributed to a 27-point rookie season (three goals, 24 assists) with an additional five points in ten playoff games. Wilkie also boasted a plus-27 rating which was tied for first among rookie defensemen and was in the top ten among all active SPHL defensemen.

Wilkie also boasts some ECHL experience including short stints with the Allen Americans and the South Carolina Stingrays. Before turning pro, Wilkie spent three years at Laurentian University after four years in the Ontario Hockey League. The addition of Wilkie marks the third defenseman back from last season’s championship Rivermen defensive corps.