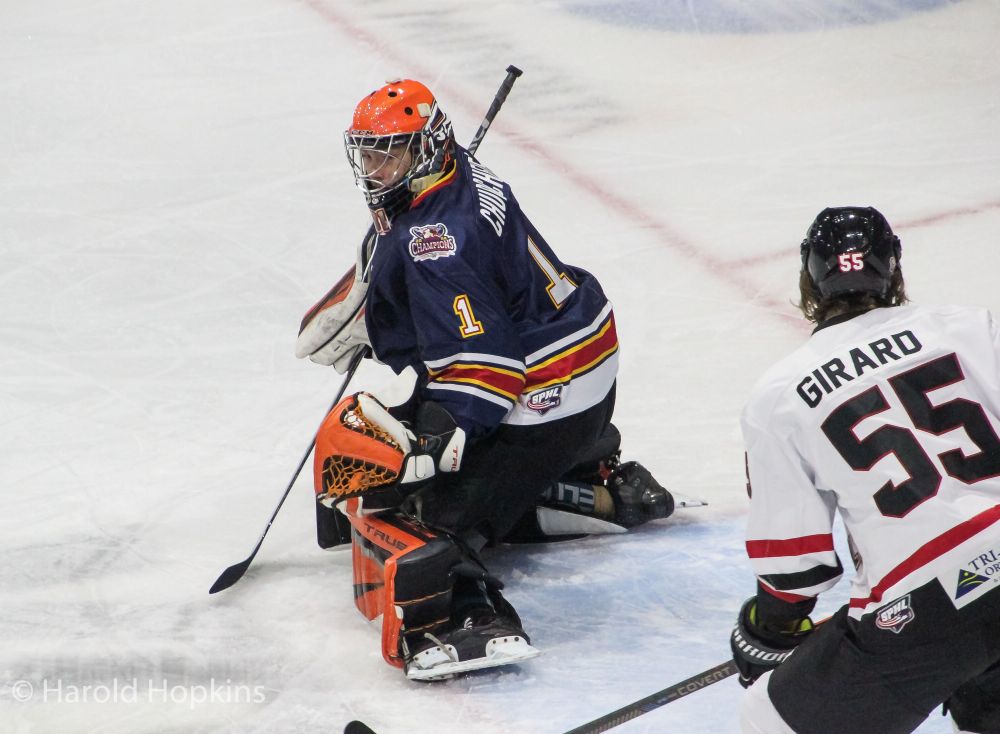 PEORIA, IL – Fresh off of backstopping the Rivermen to three road victories last weekend, goaltender Ben Churchfield has been named as the Warrior Hockey/ SPHL Player of the Week.

This is Churchfield’s first Warrior Hockey/SPHL Player of the week honor this season. He also stands as the first Rivermen this season to earn a Warrior Hockey/SPHL Player of the week honor. Churchfield and the Rivermen are at home this week as they get set to play the Evansville Thunderbolts on Wednesday, November 23, and the Quad City Storm on Friday, November 25. Both games are scheduled for 7:15 pm at Carver Arena.