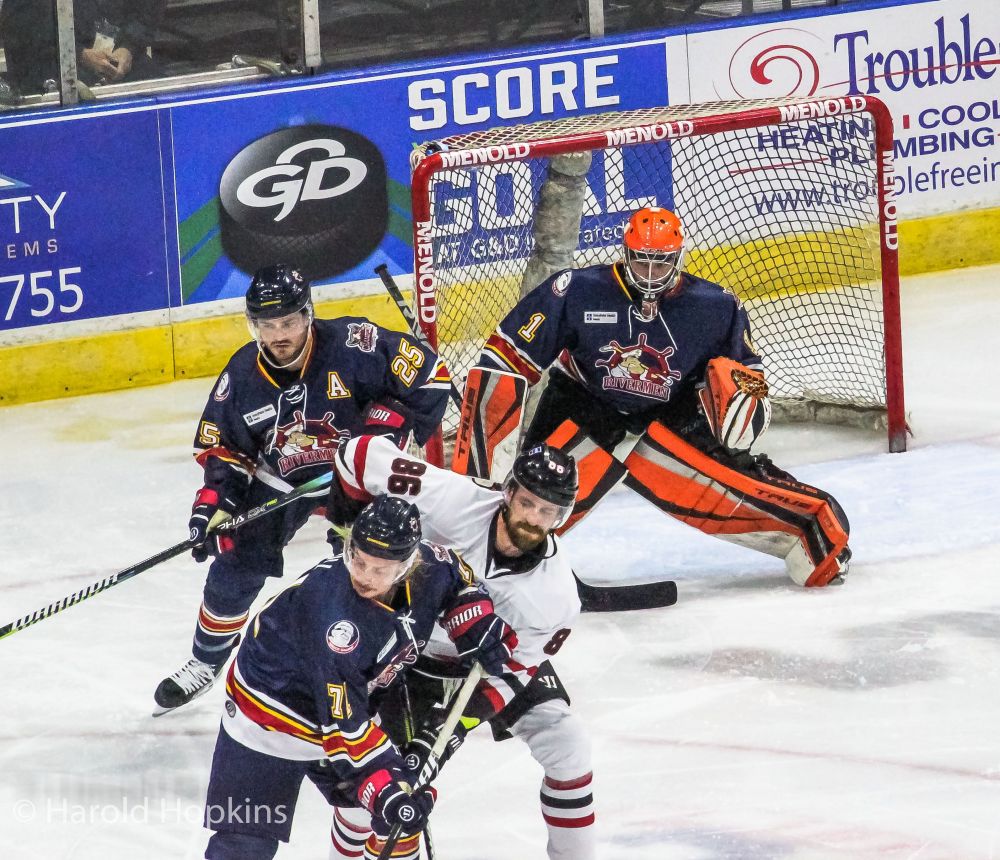 PEORIA, IL –  After back-stopping the Rivermen to three-straight road victories, goaltender Ben Churchfield has been placed on the 21-day injured reserve list due to an upper-body injury. In response the Rivermen have signed goaltender Josh Boyko to the active roster, recently released from the ECHL’s Maine Mariners.

Churchfield, until this point, had been boasting a 3-0-0 record, 1.69 goals against average and a .925 save percentage. Both of those stats ranked in the top six among all SPHL goaltenders. Churchfield was also the Reigning Warrior Hockey/SPHL Player of the Week following his record on the road last weekend.

Boyko was signed by the Rivermen during the off-season but elected to play in the ECHL at the start of the year. Boyko played four games for Maine and accumulated a 1-1-1 record with 3.29 goals against average and a .901 saver percentage. A four-year veteran of Aurora University (NCAA-Division III) Boyko boasted a colligate record of 47-45-9 with 2.27 goals against average and a .908 overall save percentage. Standing at 5-10, 170 lbs., Boyko is a native of Mississauga, Ontario in Canada.

Boyko is expected to be in the Rivermen lineup on Friday when Peoria hosts Quad City at Carver Arena.