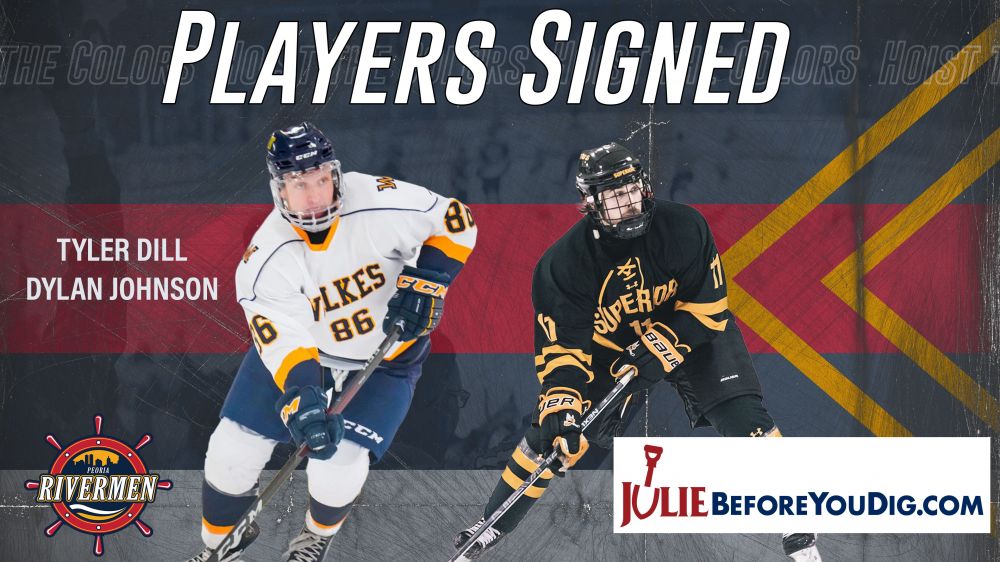 PEORIA, IL –  The Rivermen announced on Tuesday that defenseman Hank Sorensen has accepted a call-up opportunity with the Norfolk Admirals of the ECHL. In addition, the Rivermen have signed forwards Tyler Dill and Tyler Johnson.

Sorensen played in only two games for Peoria, both at home against the Evansville Thunderbolts. He boasted three assists in his Rivermen debut, contributing to all three Rivermen goals in the second period on Friday en route to the team’s first victory. On Saturday he assisted on another goal on Saturday. His four assists were tied for first among SPHL defensemen. In two games Sorensen had accumulated 17 total penalty minutes.

Dill, a native of South Lake Tahoe, California, played four years of college hockey at the Division III level (two years with Utica College, and two years with Wilkes University). He made his professional debut with the Fayetteville Marksmen last season but only saw four games of action. He has yet to tally his first professional points as a forward. Dill stands tall at 6’0 and weighs 181 lbs and should be a strong contributor to the Rivermen front end.

Johnson, a native of Cloquet, Minnesota, was recently acquired by the Rivermen off of waivers. Johnson played in four games for the Birmingham Bulls this year, netting a goal and adding an assist in that span. Last season was his first taste of professional hockey, playing one game with the Roanoke Rail Yard Dawgs. Johnson spent three years with the University of Wisconsin-Superior playing division III college hockey from 2019-2022.

Finally, forward Joey Strada has been waived by the team.