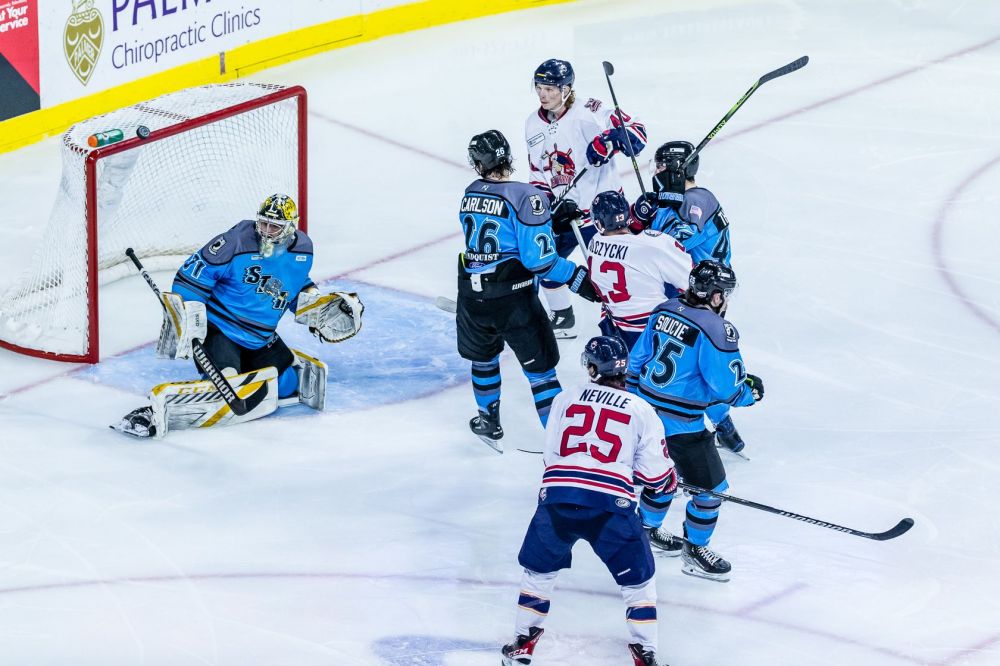 MOLINE, IL –  The Rivermen did almost everything right in their 2-1 loss to Quad City. Almost everything but score. Peoria had strong first and second periods, had numerous scoring opportunities on even-strength and power play situations, and out-shot the Storm by a wide margin. But in the end, it wasn’t enough for the Rivermen who were forced to settle for a weekend split in Moline on Saturday night.

The Rivermen started the first period as well as you could ask without scoring a goal. They peppered the Quad City net with shots and did not allow the Storm a single shot on net until their first power-play over five minutes into the period. But despite out-shooting the Storm 22-8 through 20 minutes, both teams left the ice scoreless.

Quad City was able to break the scoring open in the middle of the second period as a quick pass from below the goal line found Filip Virgili in front. But Peoria answered back on their next power play that only lasted seven seconds. After a won faceoff, Nick Neville sent a pass across the blue line to Jordan Ernst on the left-wing side. Ernst skated down the boards and quickly fired a shot that produced a rebound. As the puck fluttered in mid-air it was batted in by Mitch McPherson right in the low slot. McPherson’s first of the season ended a two-game slump for the Rivermen power play and tied the game 1-1. It was a critical response by Peoria to a Storm team that was starting to gain confidence in the period.

But it was in the third period that the game turned as the Storm capitalized on a Rivermen turnover at their own blue line to score the eventual game-winning goal. Despite two power-play opportunities in the third to tie it, and some great chances, the Rivermen were unable to do so. All in all, Peoria out-shot the Storm 41-22 and was 1/4 on the man advantage. There were plenty of positives as the Rivermen continue to get shots toward the goal, excellent penalty killing, and strong starts to games. These are qualities that will serve them well over the course of a long season.

For now, Peoria will head into the bye-week with a 3-3 record and an opportunity to reset mentally and prepare for a south-bound road trip to Knoxville, Tennessee, and Huntsville, Alabama starting on November 17.