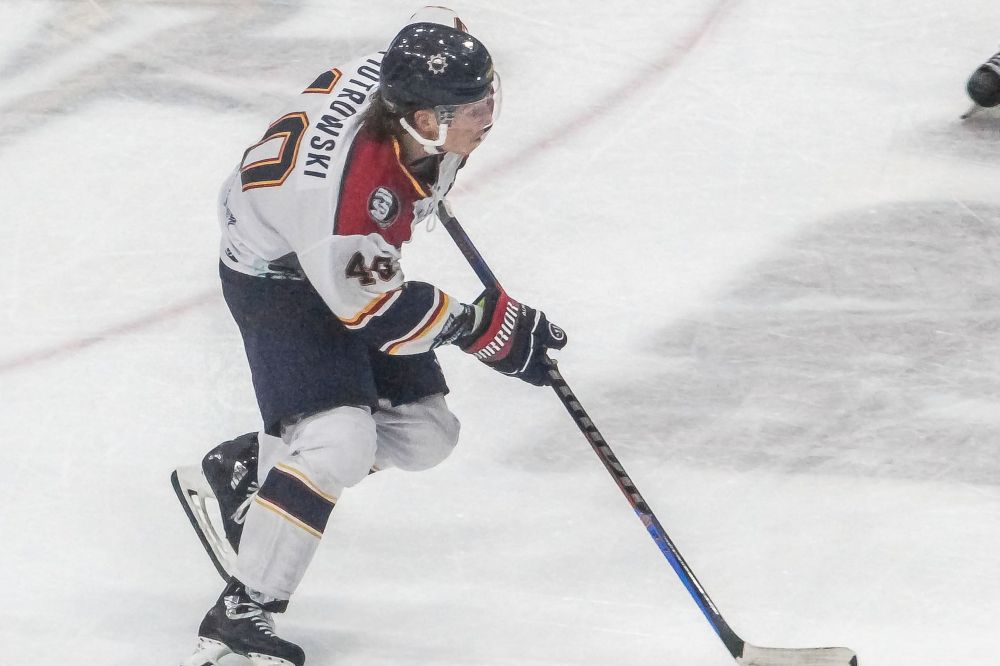 HUNTSVILLE, AL–  Two goals by Tyler Barrow and Alec Hagaman were crucial as Peoria rallied and then rolled past the Huntsville Havoc on Saturday night, 7-3 at Propst Arena.

The first period did not go as the Rivermen planned it to as they fell down early 1-0 just over a minute in. Tyler Barrow was able to tie the game five minutes later as he intercepted an outlet pass in the high slot and rifled a shot in past goaltender Nick Latinovich. But the Havoc, who came into Saturday with the worst power play in the SPHL decided to flip the script and capitalized on back-to-back power plays to take a 3-1 lead. Rivermen netminder Eric Levine was pulled and Ben Churchfield came on in relief. This sparked Peoria as they were able to pull within one as Barrow buried a rebound off of an Alec Baer shot from the left face-off circle to make it a 3-2 game. It marked the first time all season that Latinovich had surrendered multiple goals in a game this season and it gave the Rivermen life going into the first intermission.

Peoria used that momentum to surge forward as they dictated the play offensively for long stretches of the second. They were rewarded on the power play as Alec Hagaman shot the puck from the left-wing circle, then followed up his own rebound to score his third of the season and notch his 350th career SPHL point. Tied 3-3 Peoria continued the attack as Alec Baer gave the Rivermen the lead off a rebound sent forward by Barrow, then JM Piotrowski put in the insurance goal from a heavy wrist shot from the base of the left-wing circle over the glove of Latinovich. Up 5-3, Peoria faced some adversity as they were forced to kill off back-to-back five-on-three Huntsville power plays. But the number one penalty kill unit stepped up to the task and held firm when they needed to, preserving the two-goal Rivermen lead into the third period.

The Rivermen put the dagger in the game less than a minute into the third period as Hagaman skated himself into a break-away and fired a quick shot that beat Latinovich five-hole to put the Rivermen up 6-3. This was followed up by a Zach Wilkie power-play goal that put the Rivermen up 7-3 and on the final path to victory.

With the win, the Rivermen skate to victories in four of their last five games and they head back to Carver Arena with a 6-3-0 record and all kinds of momentum. The Rivermen will be back in action on Wednesday, November 23 against Evansville.