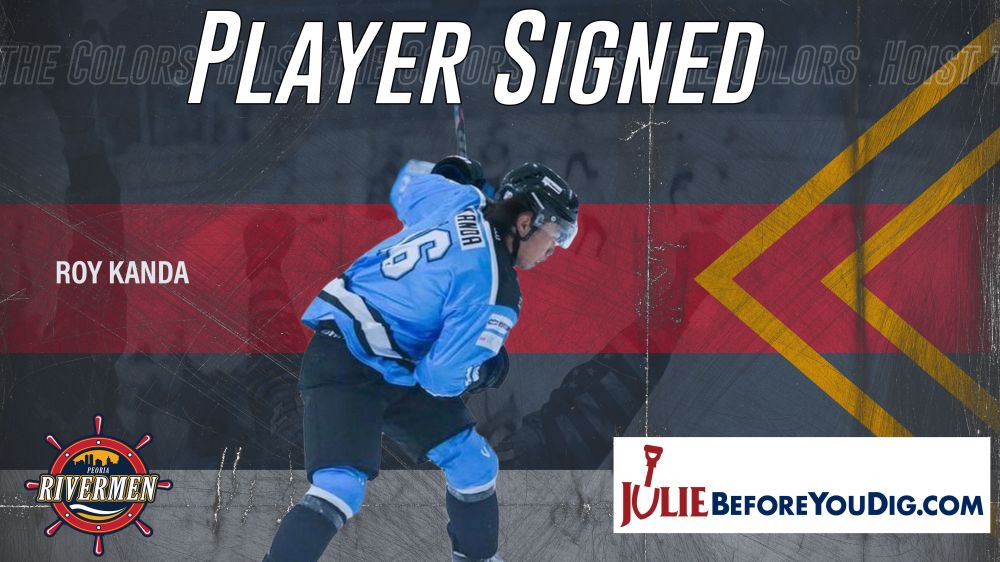 PEORIA, IL –  The Peoria Rivermen announced on Monday that they have signed defenseman Roy Kanda to the active roster. In addition, Peoria has also released defenseman Hank Sorensen.

Kanda, a native of Hokkaido, Japan, stands at 5’11, 181 lbs. The 22-year-old has played almost exclusively in Japan and overseas in Finland with S-Kiekko. Kanda recently tried out at the Wheeling Nailers (ECHL) preseason camp but did not make an ECHL squad. This season will be Kanda’s first playing hockey in North America.

The Rivermen also announced on Monday that they have released defenseman Hank Sorensen. Sorenson boasted four assists in four games with 66 penalty minutes in that span.

Peoria is on the road this week in Knoxville, Tennessee for a two-game set with the Ice Bears this Thursday and Friday before heading over to Huntsville Alabama for a single tilt with the Havoc on Saturday. All games can be viewed/listened to on HockeyTV.com and on Mixler.com respectively.