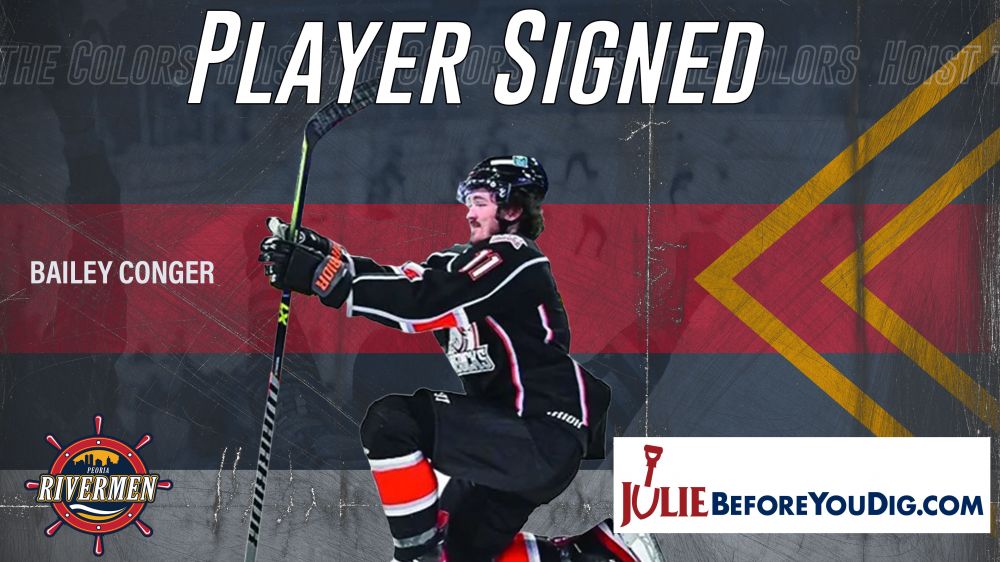 PEORIA, IL –  On Tuesday the Peoria Rivermen announced that they had signed forward Bailey Conger to a full contract ahead of this week’s road trip to Knoxville and Huntsville. In addition, Peoria has released, then re-signed Tyler Dill to a Preferred Tryout Contract.

Conger, a native of Boise, Idaho,  is in his second season in professional hockey. In 2021-22 he played for three separate ECHL franchises including the Utah Grizzlies, Fort Wayne Komets, and Kansas City Mavericks. Conger boasted 26 points in 52 games last season between the three teams. Before playing professionally, the 6-1, 198 lb. forward played both Division I and Division III college hockey for Providence College, Colorado College, and UMass-Boston. This will be Conger’s first stint in the Southern Professional Hockey League.

Tyler Dill has only played in one game for the Rivermen and his contract was restructured to a Preferred Tryout Contract in light of recent Rivermen roster moves.

The Rivermen will be on the road this week for two games against the Knoxville Ice Bears on Thursday and Friday, November 17-18, before traveling to Huntsville, Alabama for a single matchup with the Havoc on Saturday, November 19.