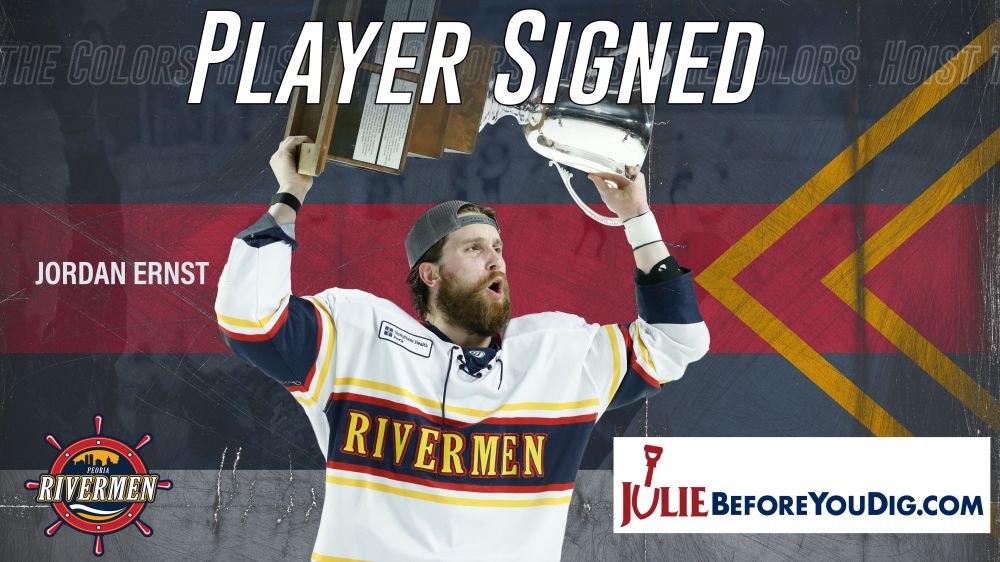 PEORIA, IL –  The Rivermen have announced today that they have signed Jordan Ernst ahead of their weekend set of games against the Quad City Storm. In addition, defenseman Hank Sorensen has returned to Peoria from his ECHL call-up with Norfolk.

Ernst, a native of Mokena, Illinois, Ernst was instrumental in Peoria’s President’s Cup Championship run last season. Specifically in the Playoffs Ernst had the series-winning goal against Quad City and boasted a hat trick in the finals against Roanoke. In all he contributed six goals and three assists for nine points in the playoffs while adding on to six points he boasted late in the regular season.

Boasting experience in the AHL, ECHL and SPHL ranks, Ernst is also a two-time President’s Cup champion having won the title in 2021 with Pensacola and former, now current, teammates Alec Hagaman and Nick Neville.

Before starting his professional hockey career Ernst played with the Sarnia Sting of the OHL for two seasons. Ernst has 44 total points in his Rivermen career over 60 regular season and playoff games.

Sorensen, who was called up to the ECHL at the start of this week, has returned to Peoria ahead of this weekend’s games as well. Sorensen made his Rivermen debut last weekend against Evansville and boasted four assists in two games. He is currently tied for the SPHL lead in defenseman assists.