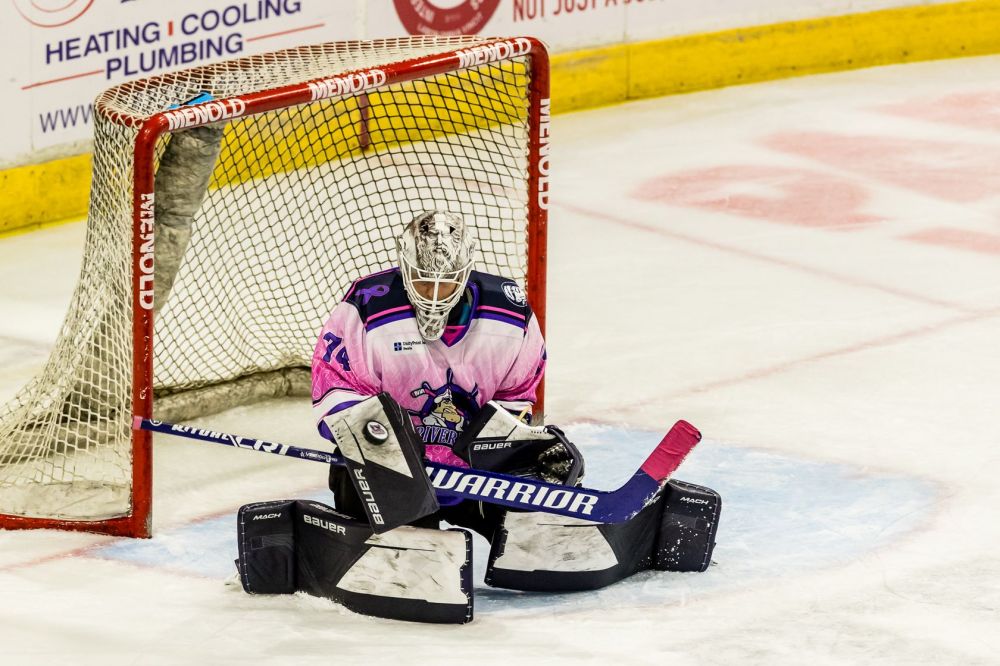 PEORIA, IL –  The Rivermen once again came back to win, this time against the Vermilion County Bobcats, defeating the visitors from Danville, 4-3 at Carver Arena on Friday night.

The first period started well for the Rivermen as they got plenty of shots on the net but failed to find the opening goal. Instead, it was Vermilion County taking advantage of a two-on-one rush to take an early 1-0 lead. The Rivermen answered back with an odd-man rush of their own as Dale Deon received a pass to the high slot and sent a quick wrister in past the Bobcat netminder to tie the game 1-1. Vermilion County came back in the late stages of the first period to regain their lead 2-1 off a face-off play, a lead they held going into the first intermission.

Peoria was much more aggressive in the second period, they continued to get shots on the net and dominated the shots on goal 19-5. In the end, the Rivermen found the back of the net just once as Marcell Godbout, in his first game back with the Rivermen this year, was able to corral a bouncing puck at the right-wing boards. Seeing Alec Baer uncovered across the ice, Godbout sent a quick pass across the ice to Baer who one-timed the puck into the back of the net for his fifth goal in five games to tie the contest at 2-2.

In the third period, the Rivermen took control of the game as Jordan Ernst took the puck up the ice after a clear from the Rivermen zone off of the right glass. Ernst carried the puck over the line and drifted to the right-wing circle before unloading a heavy wrist shot that sailed into the top shelf to give Peoria their first lead of the night. This was followed up a few minutes later by Ben Assad’s shot from the deep slot that was deflected by a Bobcat stick and found its way into the back of the net. Those two goals ended up being enough for the Rivermen, for while Vermilion County pulled within one on the power play, they were stimmed by the Peoria defense in the final minutes.

The Rivermen emerged victorious for the sixth game in their last seven and advanced into second place in the SPHL standings. They will look for the weekend sweep on Saturday night on the road in Danville against the Bobcats.