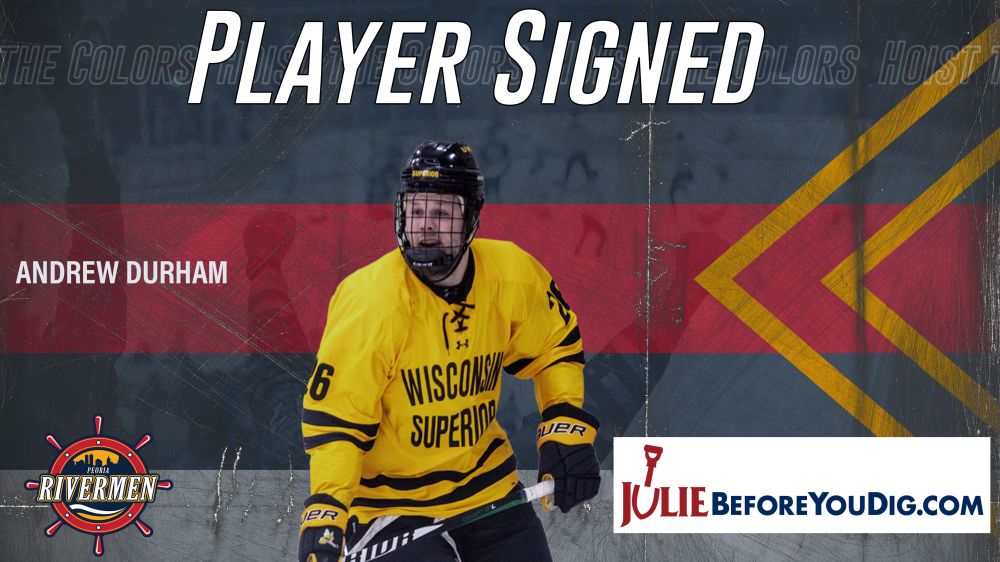 PEORIA, IL –  The Peoria Rivermen announced today that they have signed forward Andrew Durham as they enter their final weekend before the holiday break. Durham will be in the Rivermen lineup tomorrow against the Quad City Storm on December 16.

Durham, a native of Richardson, Texas, Durham originally signed with the Rivermen in the offseason but elected to start the year with the Allan Americans of the ECHL. Durham played in 16 games for the Americans this year and netted one goal, 19 penalty minutes, and a minus-nine rating.

This will be Durham’s second stint with an SPHL franchise, he suited up for two games with the Macon Mayhem during 2020-21 and before that played for three seasons at the University of Wisconsin-Superior playing division III college hockey. Immediately following his colligate career Durham got his first taste of ECHL action with the Norfolk Admirals, suiting up in three games for Norfolk during the 2020 season.

Durham and the Rivermen are at home this morning against the Quad City Storm for the Rivermen education game at 10:30 am before hosting the Storm again on Friday night at 7:15 at Carver Arena.