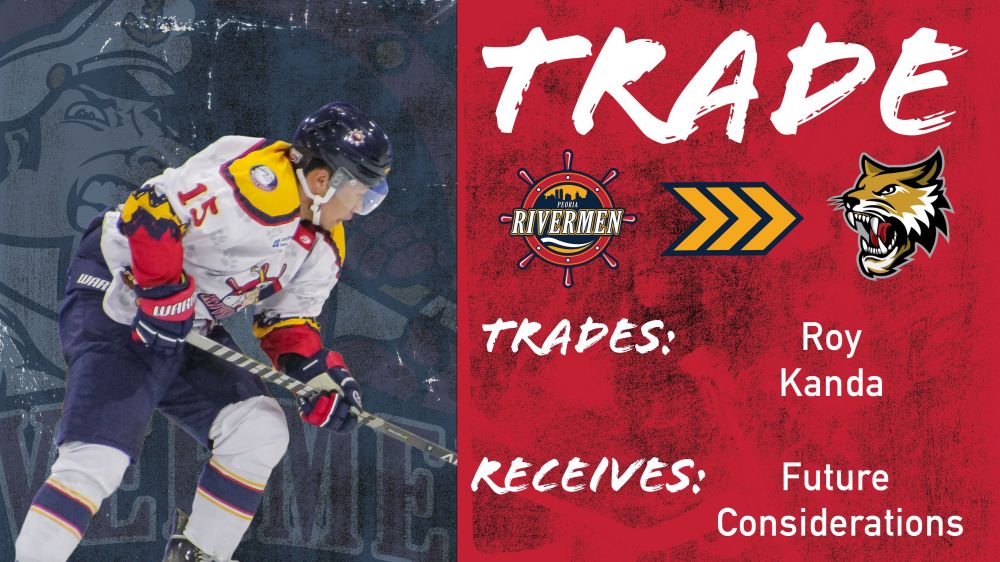 PEORIA, IL –  The Peoria Rivermen announced this week that they have made several roster moves ahead of their home series against the Huntsville Havoc this weekend.

The Rivermen have traded defenseman Roy Kanda to the Vermilion County Bobcats in exchange for future considerations. Kanda, in his first year of playing North American professional hockey, played in seven games for the Rivermen and was a plus-two. His only two assists this season came against the Bobcats on December 3 in an 8-1 Rivermen victory.

In addition, the Rivermen have also activated Austin Wisely off of the Injured Reserve list. Wisely, a veteran of last season’s President’s Cup Champion team has been on the IR since early November with an undisclosed lower-body injury. This weekend will be Wisely’s first game action since October 29. Wisely has played in just four games this year and has six shots.

The Rivermen will be at home this Friday and Saturday, December 9 and 10, against the Huntsville Havoc at Carver Arena. The first 1000 fans at Friday’s game will receive a Rivermen flag courtesy of UnityPoint Health and will host a teddy bear toss on Saturday to benefit the Salvation Army. Tickets can be purchased by calling the Rivermen office at 309-676-1040.