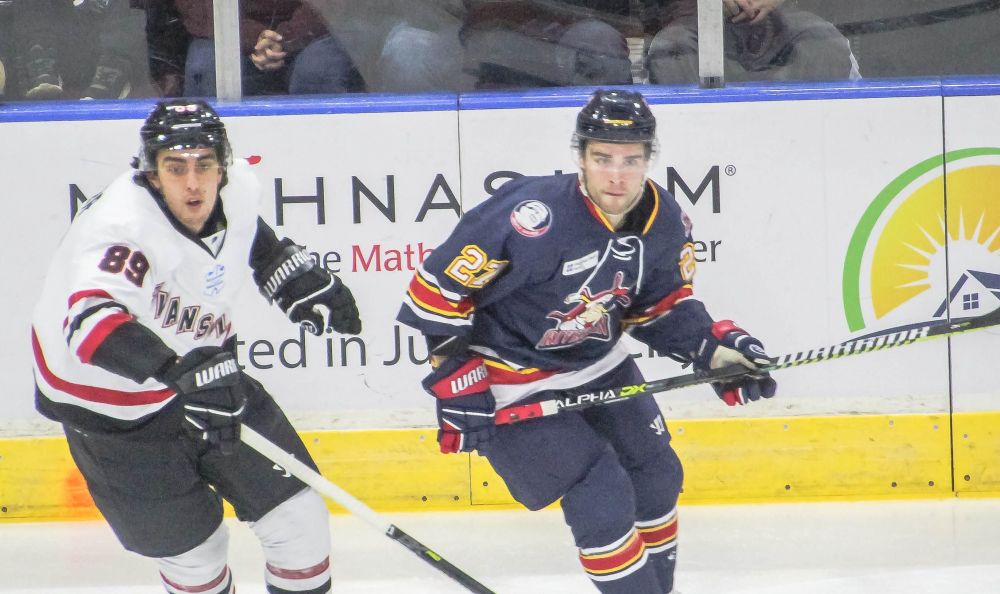 PEORIA, IL –  On Tuesday, the Peoria Rivermen announced that they have completed a trade with the Macon Mayhem that sends forward Carter Roo to Macon in exchange for future considerations.

Carter Roo was traded to the Macon Mayhem in exchange for future considerations on Tuesday morning. Roo was acquired from the Huntsville Havoc in exchange for Kasey Kulczycki in mid-December. Roo played in five games for the Rivermen and netted a goal and two assists with an even plus/minus.

The Rivermen will be back in action this Friday night at Carver Arena for Blackhawks night. Peoria will be wearing specialty Chicago Blackhawks inspired uniforms that will be auctioned off at the conclusion of the game. In addition, the first 1000 fans in the stands will receive a free Rivermen hat.