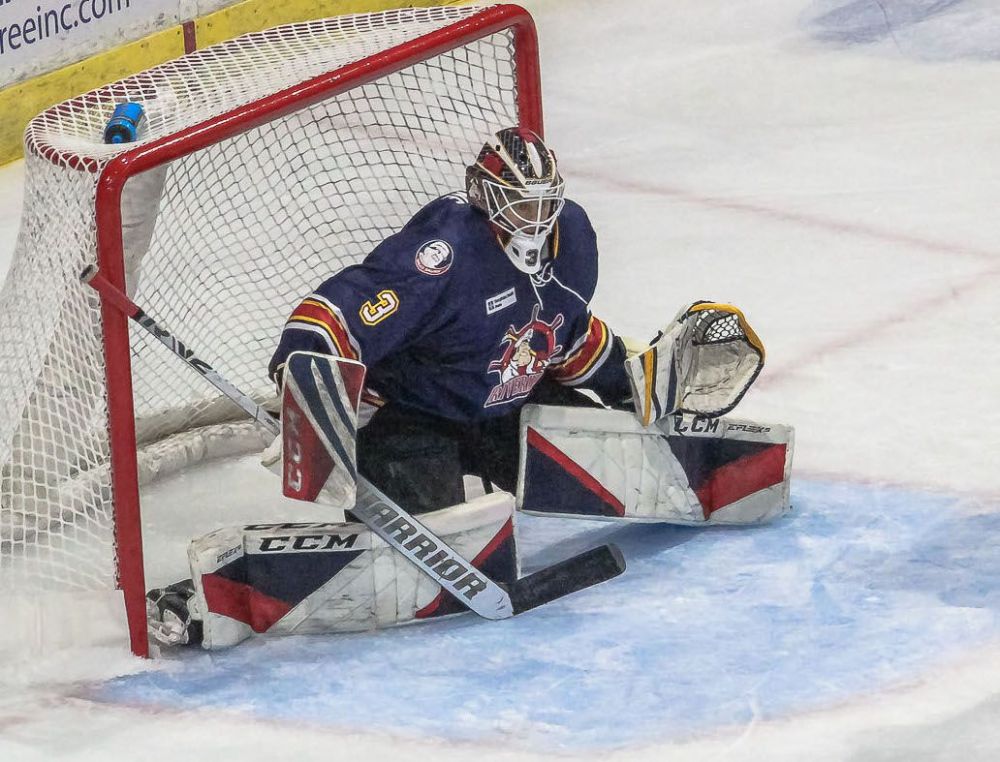 PEORIA, IL –Eric Levine was announced on Wednesday as this week’s Warrior Hockey/SPHL Player of the week for his heroics in Peoria’s three victories over the Quad City Storm and Vermilion County Bobcats on January 19, 20, and 22.

Levine, a native of Wheeling, Illinois, made 89 saves against the Storm and Bobcats, boasting a .967 save percentage and allowing just three goals in said three games. Levine recorded a 35-save shutout on Friday against Quad City, his league-leading third shutout of the season.

At age 34, Levine is the oldest active goaltender in the SPHL, already his 16 shutouts are the most by any goaltender in the SPHL’s history. In addition, his 11 wins this season rank him fourth in the league while boasting a top-four goals-against average (2.60) at the same time. He is currently riding a four-game winning streak.

This is Levine’s sixth season with the Rivermen and eighth in the Southern Professional Hockey League. Levine’s 92 career wins (89 with the Rivermen) are currently tied with Huntsville’s Matt Carmichael for fourth all-time in SPHL history. Levine currently ranks second in all-time Peoria franchise wins.

Levine is the second Rivermen goaltender and third Rivermen this year to receive the honor of Warrior Hockey SPHL Player of the Week for the 2022-23 season.