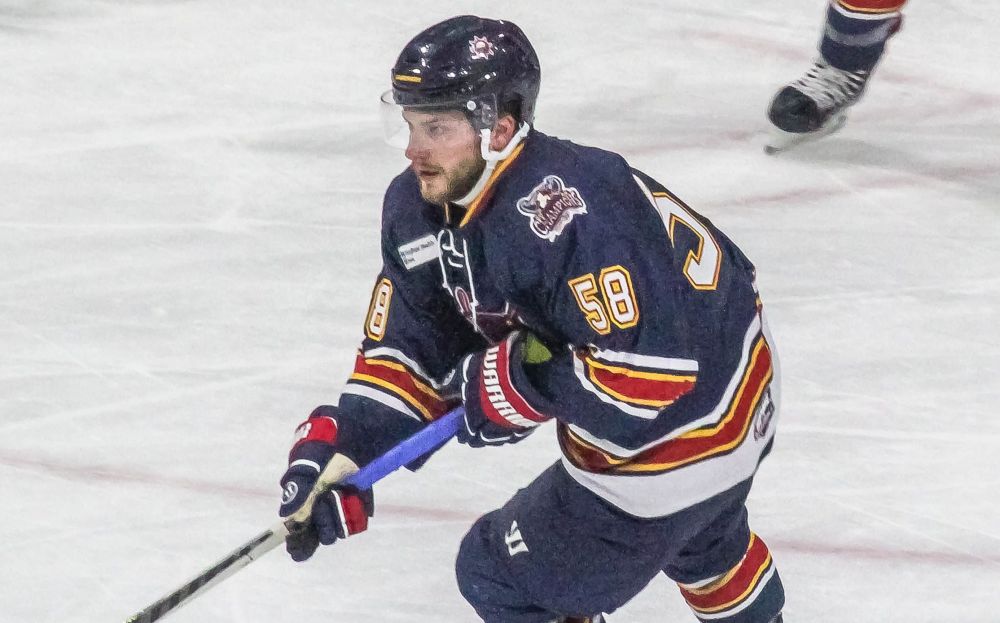 PEORIA, IL –  The Rivermen had plenty of chances, more than enough chances to tie or win the contest in front of 3,500 strong at Carver Arena on Friday night. But in the end, it was the Bobcats who did the little things to earn a 4-2 victory over the Rivermen in their first-ever victory in Peoria in their franchise’s history.

In the first period, the Rivermen had a number of great chances but the Rivermen could not convert on any of them. Instead, it was the Bobcats capitalizing on several odd-man rushes to jump ahead to a 2-0 lead through 20 minutes of play.

Just like the first period, the second saw the Rivermen get numerous chances offensively toward the net. Unlike in the first period, they were rewarded with two goals. The first came on the power play as Marcel Godbout executed a perfect give-and-go play with Alec Hagaman on the right side. Godbout shot the puck quickly and it found the back of the net for his first of the game. Trailing 2-1, the Rivermen stuck again off an offensive zone face-off win. The puck found Godbout in the high slot and Godbout drove a slap-shot into the net to tie the game 2-2 on Godbout’s second of the game.

The contest came down to the third period, but it was Vermilion County who edged the Rivermen to the go-ahead goal in the mid-stages of the final frame. The Rivermen pushed hard for the equalizer with the best chances in the waning seconds coming from Tyler Barrow who had a rebound opportunity right at the side of the net in the waning seconds. But a Vermilion County defender slid in front of the shot in tight to deflect it away and denied Barrow the game-tying goal. The Bobcats were able to hang on, netting an empty-net goal for their first-ever regulation-time victory over the Rivermen in their history.

Peoria, having lost two games in a row for just the second time this season, will head to Evansville on Saturday for a road contest against the Evansville Thunderbolts. Face off for Saturday night is set for 7:00 pm.