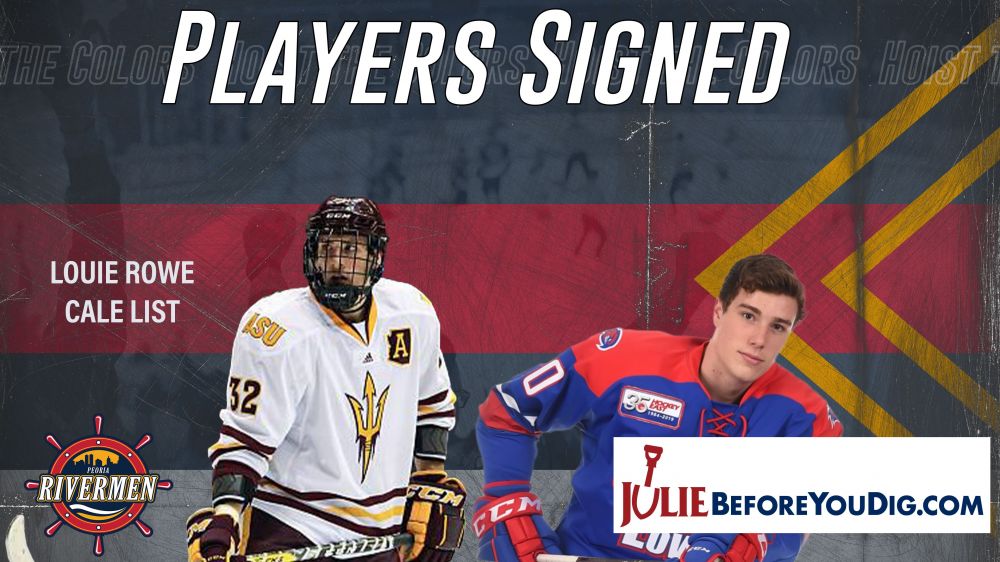 PEORIA, IL –  The Peoria Rivermen have made several roster moves this week in preparation for their three-game weekend against Vermilion County and Evansville. Peoria has signed defenseman Cale List and forward Louie Rowe to full contracts.

A native of Petawawa, Ontario, Canada, List is in his second season of professional hockey. After playing part of the season with the Knoxville Ice Bears in 2022, List started the 2023 campaign with the Fayetteville Marksmen. In 18 games with Fayetteville, List garnered two goals and was a minus-six. He was released by the Marksmen in late December. List boasts four years of college hockey experience with two years playing division one college hockey at UMass-Lowell from 2018-2020 and two years with Norwich University at the Division III level from 2020-22.

Louie Rowe, a native of East Lansing, Michigan, Louie Rowe stands tall at 6’6, 198 lbs. After playing for four years at Arizona State University (NCAA-Division I) Rowe played in nine games for the ECHL’s Maine Mariners in 2019. He then suited up with the Fort Wayne Komets for six games in 2022. Rowe will make his SPHL debut with the Rivermen.

The Rivermen will be back in action this Friday night at Carver Arena for Blackhawks night. Peoria will be wearing specialty Chicago Blackhawks-inspired uniforms that will be auctioned off at the conclusion of the game. In addition, the first 1000 fans in the stands will receive a free Rivermen hat.