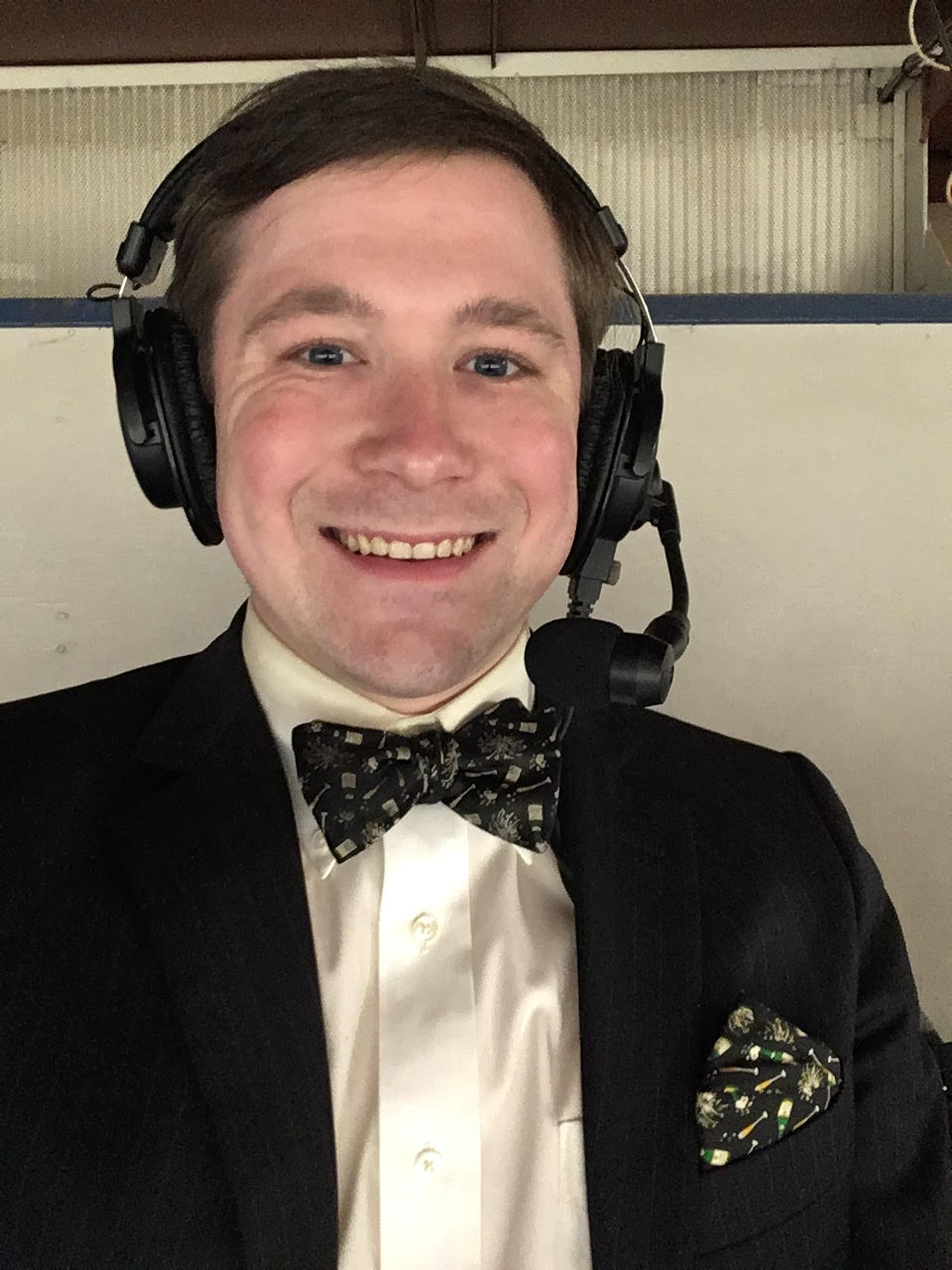 Jason Ruff returns to the broadcast booth for his second season behind the microphone as the Rivermen's Director of Communications.

Known for his colorful bow ties and enthusiasitc calls, the Chicago-area native is an award-winning play-by-play broadcaster and sports talk show host. Before coming to Peoria, Ruff spent three seasons as the voice of the Odessa Jackalopes of the North American Hockey League. He is responsible for all communications within the Peoria Rivermen organization to include; Game Broadcasting, Public Relations and all social media content.

Ruff is a graduate of Michigan State University where he covered Spartan hockey for five seasons for as a writer, producer and show host for Impact Sports 88.9 FM “Behind the Mask” and as a play-by-play broadcaster and commentator for the Big Ten Network – Student U. While in college, Ruff also worked as a broadcast intern with the United States Hockey League’s Muskegon Lumberjacks.

When he is not in the booth or at the rink, he enjoys outdoor activities such as hunting, fishing, and hiking.