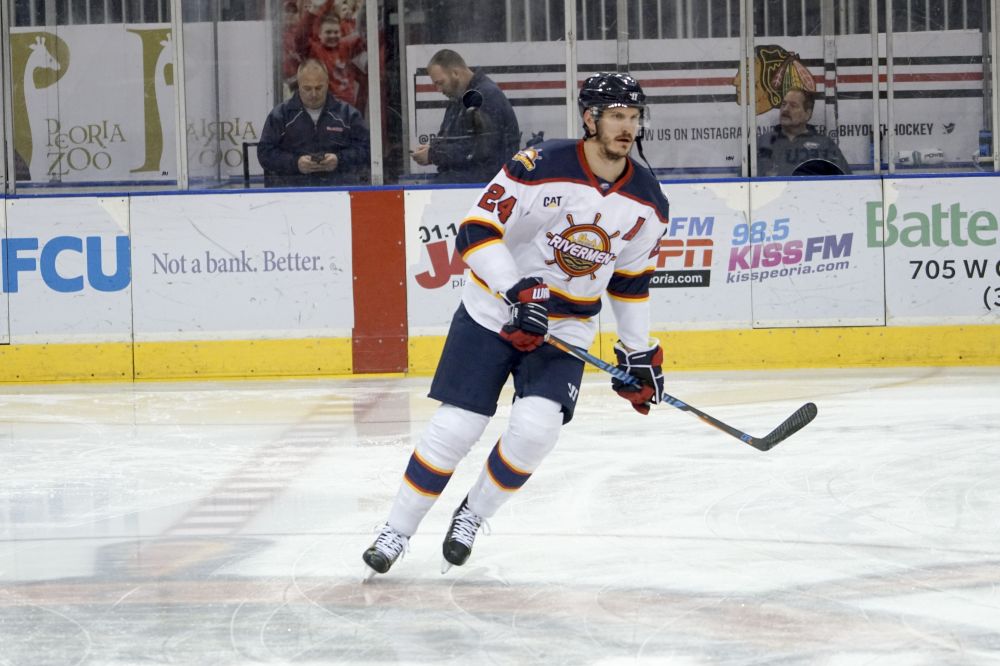 Peoria, IL – The Peoria Rivermen announced Monday that the team has signed defenseman Ben Oskroba to a professional tryout agreement for this October’s training camp. Oskroba, 28, returns to Peoria for his sixth season in a Rivermen uniform, making him the only player to play for Peoria in each season of their SPHL era.

For his pro career, the 6-foot-5, 200-pound Oskroba has seen action in 223 regular-season games, notching 18 goals and 50 assists, adding two goals and two assists in 28 career postseason outings, all with the Rivermen. Last season, Oskroba logged a career-best with eight goals and tied his career high with 19 points, and he added a goal and an assist in seven postseason games as he helped the Rivermen to a third straight President’s Cup Finals.

“We’re happy to get Ben back for another year,” said Rivermen head coach Jean-Guy Trudel. “He’s a big body on defense who knows how to use his long reach to shut down the other team’s forwards in his own end, and he’s a tremendous locker room presence to have around on a day-to-day basis.”